GIA worked alongside the architects and the client for over two and a half years in order to maximise and optimise the Daylight and Sunlight amenity within the proposed development.

A full contextual research of the daylight potential within the London borough of Camden was undertaken in a pioneering study of urban density and daylight amenity.

The chief planning officer played an integral role in the discussion and selection of comparable schemes to test, making this project the first to be granted permission based on the Housing SPG policies in relation to Daylight and Sunlight, recommending alternative targets for sites earmarked for densification. The Council gave consent by unanimous decision.

The scheme is being brought forward by Barratt London in joint venture with land owner Morrisons supermarket and will see the homes delivered across eight buildings alongside 300,000 sq ft of shopping space and a small amount of office space for business start-ups.

Allies and Morrison is the overall masterplan architect and designer of five of the eight blocks, with the remaining three blocks by Piercy & Company and Niall McLaughlin Architects. 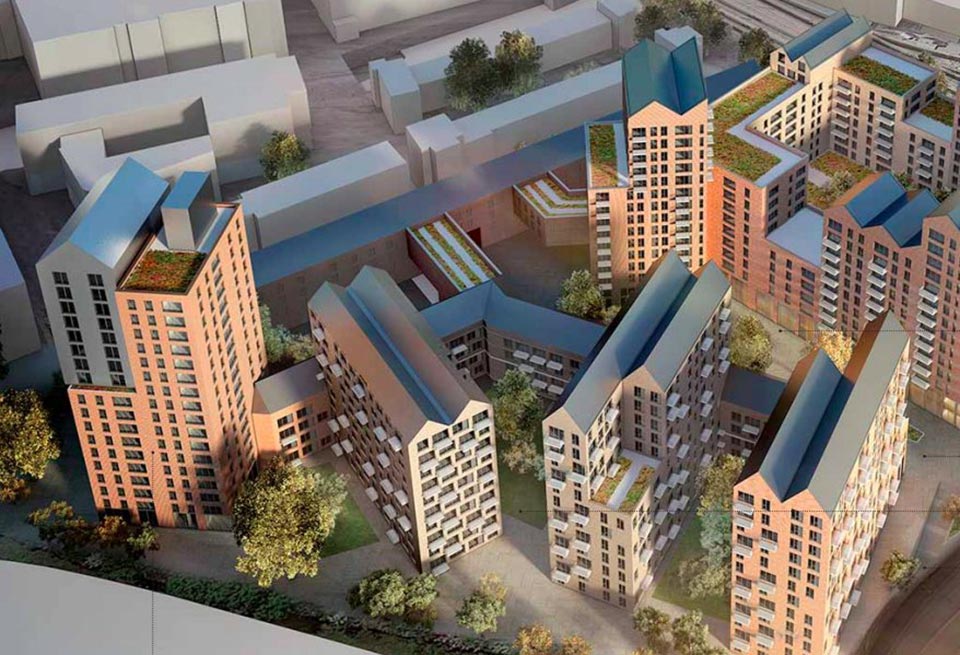 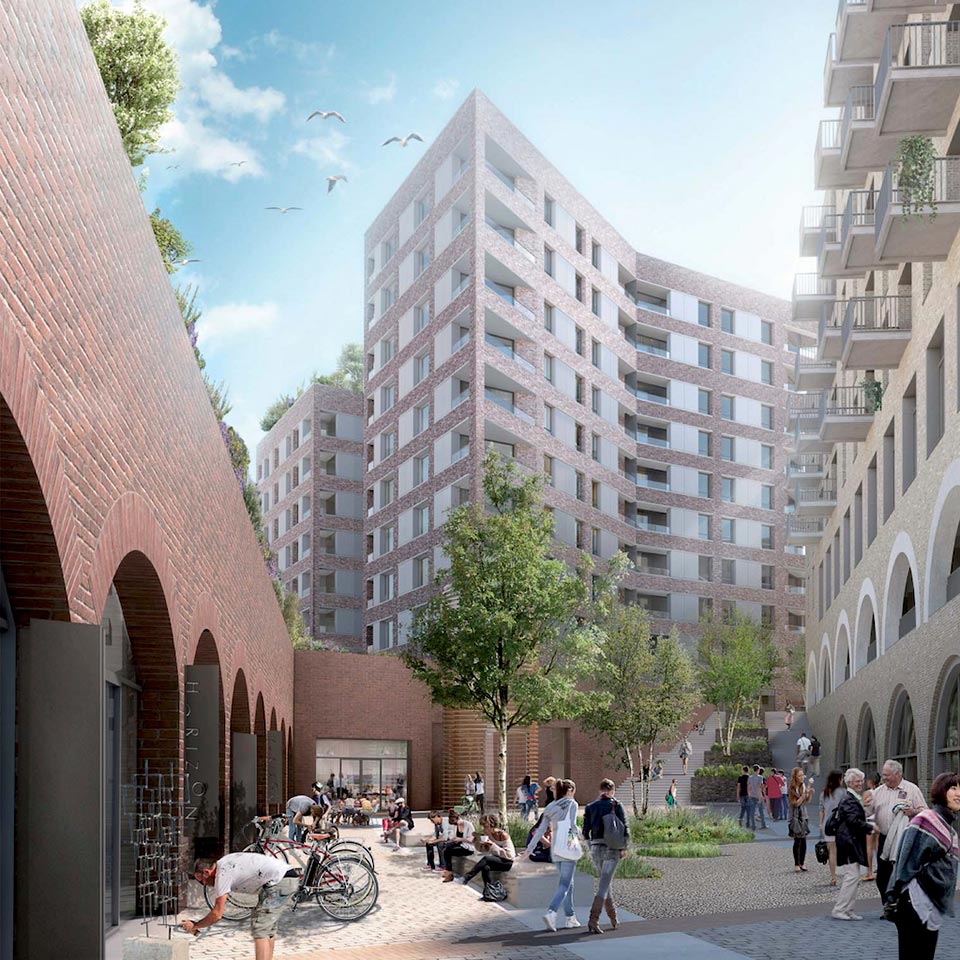